Sixteen-year-old Diana De La Fuente lives in East Austin, but she hated the idea of going to high school there.

Diana and her parents saw the Austin district’s diversity choice program as a way to get her away from the fights, drug use and other problems they had heard about at Eastside Memorial, her neighborhood high school.

Each year, more than 8,000 students in Austin schools use a handful of different avenues, including diversity choice and transfers, to opt out of their neighborhood campuses. But as the west side schools with the best reputations are increasingly full or overcrowded, some of those avenues are closing.

Diana thought she had it made when she got into O. Henry Middle School in West Austin, which feeds into Austin High School. Yet after three years at O. Henry, her request to attend Austin High was denied.

She is one of dozens of Latino students from East Austin who have hit that same wall in recent years while Austin High has tightened its admissions to curb overcrowding.

“I can’t even tell you the look in their eyes and faces when I had to tell them they can’t go there. These kids have worked so hard. It breaks my heart to have to say that to them,” said Christine Rufflo, an English as a second language teacher at O. Henry. “I feel like we are giving them something and taking it away.”

Now the school board is considering making a number of changes to the transfer rules, but instead of making it easier to transfer, some board members and local education advocates say the district needs to keep more students in underutilized schools in East Austin – which could mean saying no to more children and their parents in the future.

Such a move would likely be applauded by some parents who live on the west side and have long complained about transfer students who add to overcrowding problems.

The likelihood of collateral damage is high no matter what changes the school board makes, which is one of the reasons it has been at least a decade since some of the transfer policies have changed. Severe restrictions on transfers could promote segregation, one school board member has warned, or push more children to charter schools.

“We do hear a sweeping comment — to get rid of transfers,” said the district’s interim Superintendent Paul Cruz, at a recent school board meeting. “It doesn’t quite work that way. It is going to open up other issues. It isn’t that quick. There is impact to parent choice.

And the stakes are high for every student affected. After she was denied admission at Austin High, Diana wrote three appeal letters to the district on behalf of her Spanish-speaking parents.

“I don’t know what else to say,” she wrote in the last one. “I know Austin High is crowded, but I also know that students move and one more kid won’t make that much of a difference at Austin High. But it will make a difference to me.”

In 2013-14, a total of 11,531 Austin students transferred to a school outside their neighborhood, about 3,144 of them making the move to attend a magnet school, ROTC or some other academic program. The nearly 8,400 others received approvals to transfer for other reasons. Some transfers — such as those giving students an opportunity to go to school with siblings or for minority students to attend majority white schools — are given priority over general transfers. Twenty-nine schools were frozen this year to general transfers.

Several trustees expressed concern that further limiting priority transfers could force district staff to make subjective decisions about who gets to go to the school they want. Many trustees called for a clear and consistent decision-making process, so parents can know what to expect.

Bradley is also afraid that dramatically altering or eliminating transfer policies could promote segregation. By making it harder for minority students to transfer, the district could unintentionally keep minorities in East Austin, where schools have historically struggled.

Other board members and education advocates sympathize with those concerns but say that keeping promising students like Diana at historically struggling schools — like Eastside Memorial — will help improve those campuses.

District officials say they also need to do a better job of refuting negative perceptions about East Austin schools and promoting programs at them.

“Eastside is not this terrible school that people seem to make it out to be. One of the struggles that the district has … is just getting out the word about what is going on in schools,” Trustee Robert Schneider said.

Schneider supports overhauling the transfer policy, eliminating those that no longer serve a purpose and creating policies that allow transfers for academic programs.

Bradley cautions that if the district eliminates diversity choice, parents will push back like they did 15 years ago when the district last redrew school attendance zones and stopped busing students from one side of the town to the other. Black and Latino parents complained that the changes stripped their kids of the opportunity for a better education and “segregated our city,” according to the American-Statesman’s coverage. The district reached a compromise and created diversity choice and priority transfers to replace busing.

District officials have proposed changes that would let diversity choice students obtain priority transfers into feeder schools, but would cancel automatic approvals of priority transfers, even if space and staff are available. The board will likely revisit the proposals and discuss them further later this month or next.

For now, Sara Stevenson, a librarian at O. Henry who has advocated for diversity choice students, considers the proposals by the district a good first step to helping 125 diversity choice students at her school. Stevenson said she ultimately would like the transfer policies to be simplified so all students have an equal shot at getting into the school of their choice.

“Austin ISD needs a policy which treats students from both the east and the west sides equally. Offering more choice within the district will prevent students from choosing charters,” she said.

Even if it’s approved by the board, the change to diversity choice likely won’t affect Diana. She’s at Crockett High School this year and will have to apply for a general transfer to get a shot at Austin High again. She said a global studies program there would give her a chance to go to Europe.

Her father is also considering renting an apartment near Austin High next year. Anything to get Diana in to the school that she wants, said her mother, Narcissa De La Fuente.

“I already know how it’s going to be. Just the teachers will be different. I know that it’s a really good school to go to,” Diana said.

• Under the majority-to-minority transfers, students only fall into two ethnic groups — one includes Hispanic and black students and the other includes white, American Indian, Asian and Pacific Islander. This option allows students to transfer from a school where their ethnic group is a majority to a school where it is not.

• Sibling transfers allow students to attend schools that their siblings are or will be attending.

• Tracking transfers allow students who have transferred to another school and have a history of at least two consecutive years of attendance in the two highest grades offered at the school to move on to the feeder school to remain with their peers.

Here are the top three high, middle and elementary schools that had the most students enter or leave because of transfers* in the 2013-14 school year.

*These figures don’t include transfers granted for academic programs such as magnet schools and ROTC.

**These schools were over permanent capacity 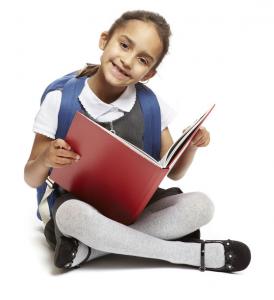